Finally got a charge pipe installed in my car. This is a long overdue upgrade as I really don’t trust BMW’s plastic charge pipe that comes stock with the car. There are countless posts on the forums of charge pipes failing on modified cars or not, this is definitely a peace of mind upgrade with little performance change if any at all. Here’s my experience installing this chargepipe, not difficult but there were quite a few WTF moments. On the PITA scale, this one was a solid 5.

If you haven’t swapped your intercooler out yet and you have plans to, do them together, installing the Chargepipe requires removing the Intercooler so you might as well 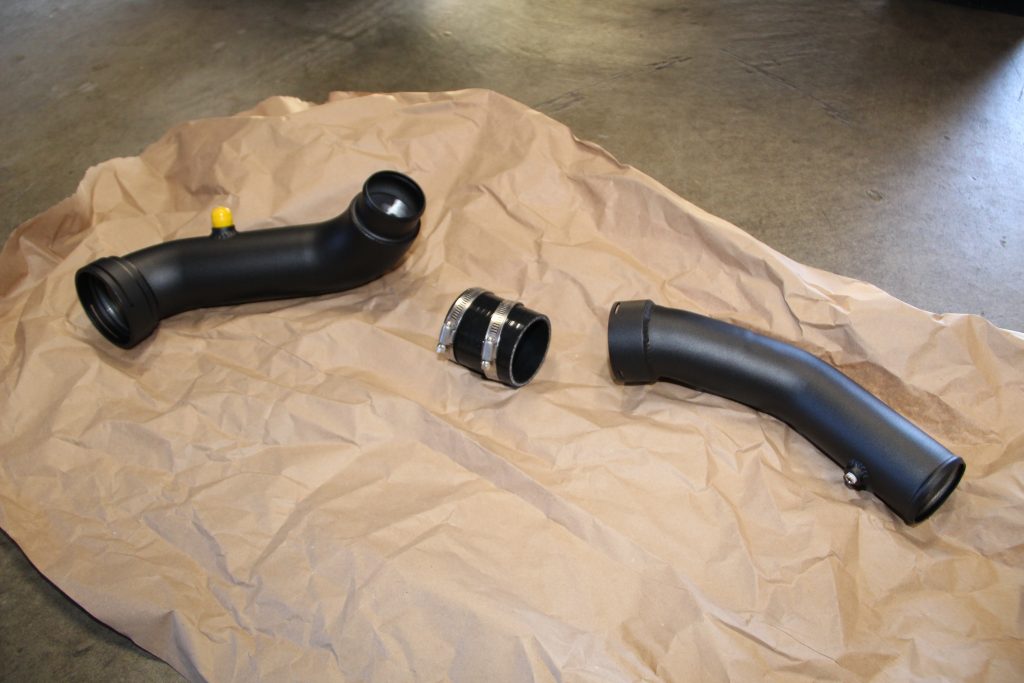 Here’s the pipe after taking it out of the box, all looks normal, seems to be constructed well.

These steps are a modified copy from my intercooler post here; This chargepipe install is basically an intercooler install with added steps.